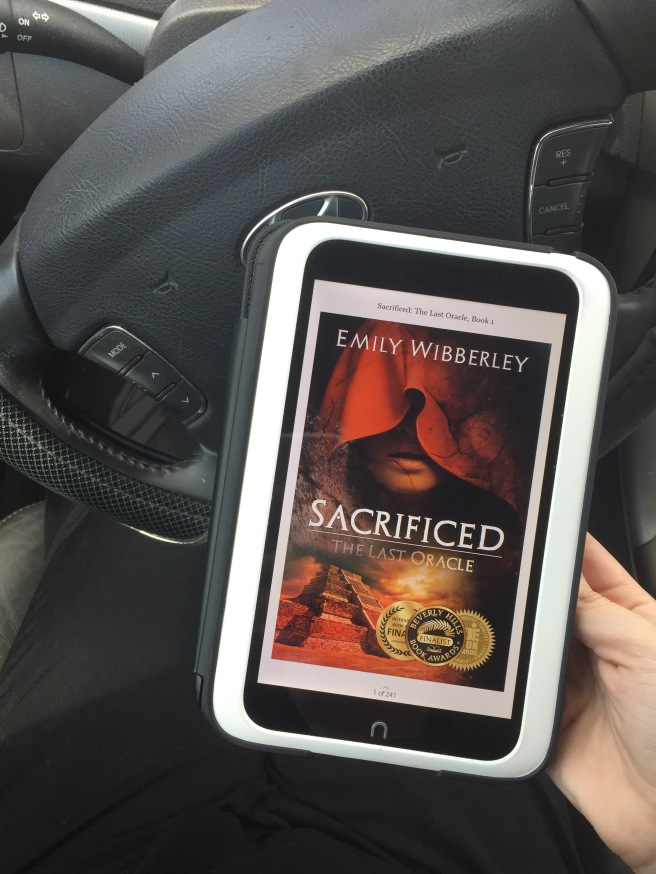 “You are powerless to your emotions; they consume you. As long as that is the case, I cannot trust you with the secrets of the Deities, but I will make this final caution. Learn to rein in your temper, your love, learn to separate these feelings from duty. Accept that Ali is a Vessel.”

Sacrificed is the first installment in the Last Oracle Series by Emily Wibberley. My rating for this is a 3.75 because I had some issues with the ending and although I enjoyed it, I did not love it. The story follows a girl named Clio who is in a family of Oracles, which are like religious leaders, that only women by the way are allowed to be a part of, who have the Sight. The Oracles have visions and use those visions to kill others to please the Deities, kill to help others, or for any reason that would better everyone. Clio, however, does not believe that the Oracles duties are any good, so she carries this burden with her through the entire book. Her family was murdered by people who wanted to get rid of the Oracles and the lineage. They took Clio’s older sister, one that she was closest with, and killed all the other women in her family. She journeys into another land as a slave to try to rescue her sister but finds that she needs some rescuing herself. Her journey leads her to Riece, a guard who oversees the slave offerings to the deities. Together they try to take down the men that killed Clio’s family, all the while making her the last Oracle in the region. With her now stark white hair, which indicates she can see visions, she is an easy target to the others who want to harm her.

This book is an extremely original book but does maintain typical YA protocols (i.e. strong female character who will save the day, a journey into the unknown, love triangle, etc.) but this novel is so much more than that. It captivates the readers into the story and I felt a very strong connection with the main character, Clio. She is strong, determined, and will stop at nothing to help the ones she loves. The love triangle made my heart hurt for the guy who always wanted her, and I felt a lot of strong emotions. The pages came alive and were decently descriptive. A few things I did not like about it: The ending. The ending felt extremely rushed, and there was a scene as it got closer that seemed completely unrelated but was put into the novel for whatever reason. I did not like what Clio did in the end, only because it broke my heart. Very original and an interesting concept.